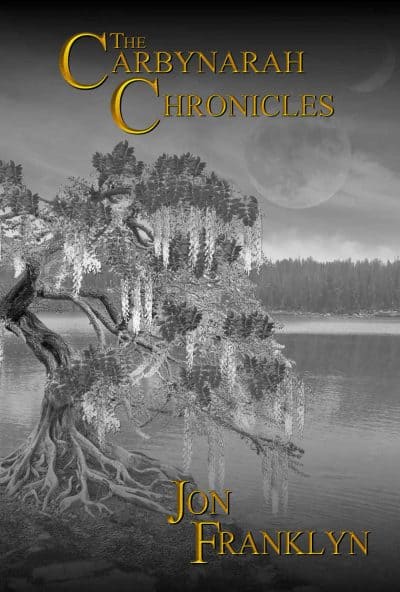 The two magical factions of Carbynarah, Essence magic and Natural magic, have been at war with each other since the beginning of time, and it’s now time for the final bid for the very heart and soul of Carbynarah.

The thunder caused by a lightning bolt streaking across the sky brought Yron out of his seat. Magic, he thought.

In the opening line from his epic book, Jon Franklyn sets the stage for the reader’s thorough enjoyment as they escape to the land of Carbynarah, a world created specifically for magic.

Carbynarah is a world at war with itself. Created so that all living things could use the magic that comes from Essence produced by the tree pictured on the cover. Shortly after the creation of Carbynarah, Natural magic users (magic that comes from the DNA of the individual) infested the world.

These two magical factions, Essence magic and Natural magic, have been at war with each other since the beginning of time, and this story is about the struggle for power that escalates as these two factions make their final bid for the very heart and soul of Carbynarah.