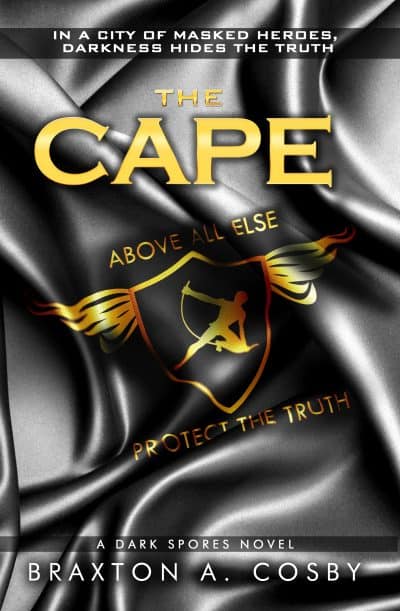 But people are people, so it’s good versus evil!

In a future Chicago, a nightly reality show captures the grudge match of heroes vs. villains. With the planet enraptured by the likes of the Justice League in real life, one hero commits the ultimate sin . . .

The killing of a “Normal” pits heroes, villains, and the cops against one another in a manhunt like no other.

But one man knows that something just ain’t right.

Hellbent on solving the murder and unraveling the secret of the Dark Spores, an anti-hero rises, a long-lost love at his side. He doesn’t know it yet, but he’s hurtling towards a climactic battle against the ultimate evil.