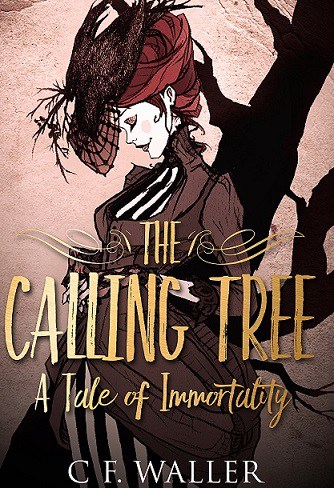 The Calling Tree: A Tale of Immortality

Dominick Dunn is in people acquisition. Aaron Wessker is miserable. Their lives are about to intersect, causing them both to rethink their place in the world.

Dominick Dunn is in people acquisition. When the phone rings, he shuffles off to the far corners of the globe to retrieve the captured, then turns them over to his employer. He doesn’t actually believe these people are immortal, but the pay is good and he likes to travel. Despite rumors that his quarry meets an unthinkable fate at the hands of his employer, he’s content with his lot in life.

Aaron Wessker is miserable. His life has not gone according to plan. Trapped in a dead end job bartending in Vegas, he longs for a family he lacks, or at least the possibility of a girlfriend.

Their lives are about to intersect, causing them both to rethink their place in the world. More importantly. they will have to change their opinions of the possibility of immortality.

Unfortunately for both of them, they will have to do this very quickly. Dunn’s quarry is also being pursued by something much more deadly than his employers.

Any resemblance between real persons and characters depicted in this work is pure coincidence, but really now . . . you know who you are.