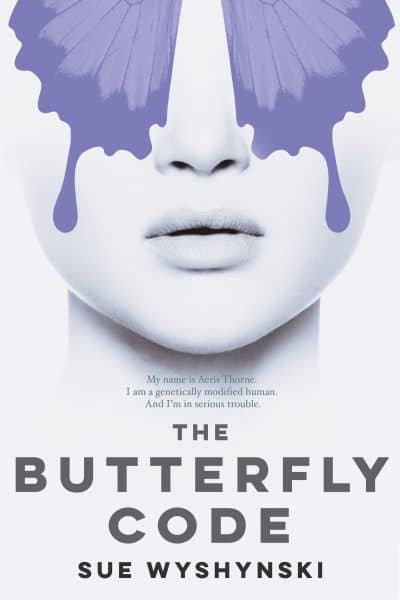 She began as a human and was transformed by a legend.

My friends say Hunter’s dangerous.
They say he’s a threat to everyone in Deep Cove.
But I’m not so sure.
As he stands before me in this crowded club with the lights shining around us, I catch something good under Hunter’s dark facade. Something decent and profound.
I don’t know who or what to believe.
But I will find out the truth.

Aeris Thorne is expecting a quiet vacation in the remote town of Deep Cove. But on a stormy night, she meets the alluring and mysterious Hunter Cayman, and her life takes an exhilarating turn. Aeris is both drawn to him and determined to find out what he’s hiding in his lab on the promontory. But what Aeris doesn’t know is that he’s tormented by a secret: the truth behind his genetic research. As he and Aeris are drawn together, the walls he’s built to protect himself threaten to crumble. At the same time, she begins to wonder if she’s found the key to unraveling her own tragic past. When Aeris’s life is threatened, Hunter is forced to make an impossible decision about her future━one that could change everything.

Wyshynski ratchets you up inch-by-inch, tips you over the edge, and sends you racing down the other side to the startling finish. Her fresh voice is addictive.

“I have tried to read my next book, but can’t get into it for thinking about this one!” ★★★★★ M. Burcham━Starred Review