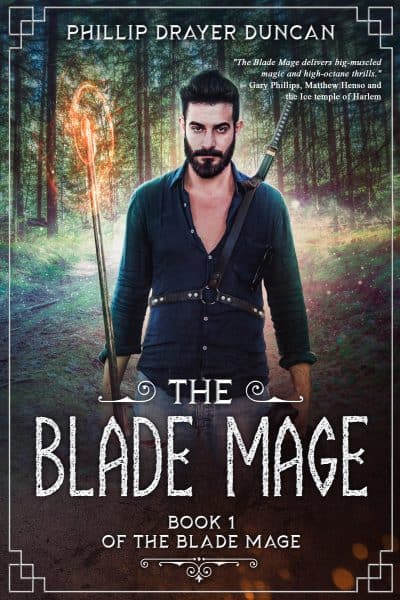 Your oldest friend stands accused of murder. As Blade Mage, it’s your duty to see justice done. Could you do it? Could you execute your best friend? It ain’t easy being Blade Mage.

The sword chooses its wielder.

I never asked to be Blade Mage. My fellow wizards weren’t exactly thrilled about my selection, either. Unfortunately, those weird old druids have a strict no returns policy.

So I left, and for the past few years, I’ve managed to hide from my responsibilities and former life. But I always knew one day the Cabal would come looking for its precious sword.

And so they have, but only because a heinous crime has occurred . . .

A wizard of the Cabal has used forbidden magic to slay a fellow wizard. It’s an open and shut case. The killer admitted it. He also stands accused of kidnapping a child, who is still missing, but they say that isn’t my problem. No, as Blade Mage, the Cabal only expects one thing of me: they expect me to play the role of Executioner.

The accused is my best friend.

And before I chop his head off, or decide to just walk away, I want to know the truth. But the path to the truth is filled with shifty wizards, fearsome witches, insidious demons, and supernatural conspirators at every turn.

It ain’t easy being the Blade Mage.