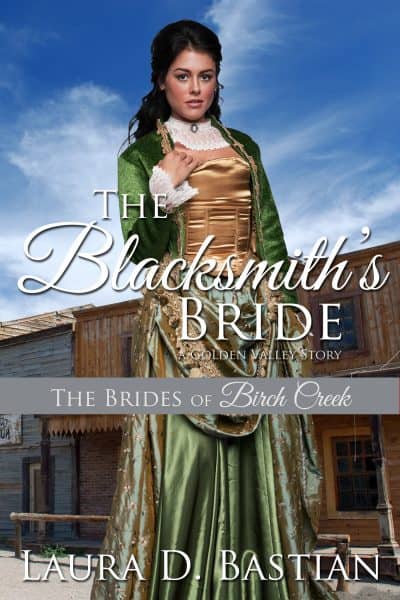 Marriage was never her plan until her inheritance depended on it. He just wants a family to call his own. Can they find a happy ever after even with such different backgrounds?

Susan Hanson’s life is anything but normal. When her eccentric uncle leaves her a fortune but tells her she must marry to inherit it, she looks at her options and hates the idea of choosing one of the stuffy men of her acquaintance. Especially since the only thing they would want her for is her money. If marriage is what it takes to get her fortune, Susan is determined to do it her own way.

Michael Clark has always wanted someone to call his own. First his parents, then his uncle and cousin die, leaving him without a solid place in the world. He’s welcomed by the good people of Birch Creek in the Idaho Territory, but he wants a family. Since women are hard to come by, he does the most logical thing he can. He orders a bride from New York.

When Susan decides to answer Michael’s advertisement, figuring it’s a better choice all around than what’s in New York for her, she’s certain it’s for the best. The first moment they meet, Michael and Susan know marriage is the next step but with her oddities, and his old fashioned views, can the two of them actually build a life together?

Formerly part of the Book Club series including time travel. Has been rewritten and released without the time travel aspect.