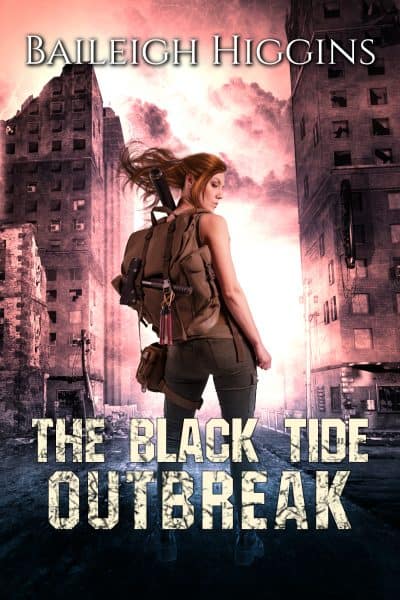 The Black Tide. That’s what they called it. We thought we were prepared. How wrong we were . . .

Saddled with the care of her kid sister, Ava struggles to cope with the demands placed upon her young shoulders. When an unstoppable disease sweeps across the globe, decimating the population, her life takes a terrifying turn for the worse.

Threatened with starvation, enslavement, and death, life becomes a daily struggle for survival . . .

Driven by the need to protect the only family she has left, Ava is forced to adapt to a new world order, one in which the strong preys on the weak. She realizes she might have to sacrifice her humanity and become the very thing she hates the most. A murderer.

Survival is just the beginning . . .

If you enjoy suspense-filled, character-driven, end-of-the-world scenarios, then you’ll love this series. The Black Tide offers a chilling look at a Dystopian future decimated by a killer virus where every decision could mean the difference between life and death. Complete series available now.