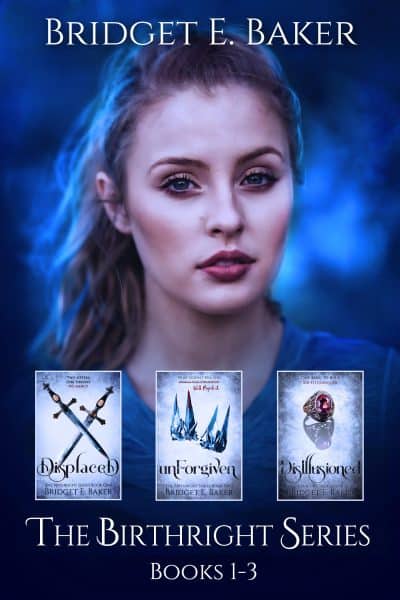 My mom should have killed me the day I was born. Now I have to kill my sister. Grab the first 3 books in the series Kirkus called, “a fast moving, engaging tale in what promises to be an epic fantasy romance series.”

Grab the first three books for the price of only two books in this box set!

My mom should have killed me the day I was born.

Being a twin complicates the Evian line of succession, but Chancery Alamecha is fine letting Judica inherit the throne. After all, she’s the stronger sister—the merciless fighter, the ruthless politician, and the groomed heir. But something unexpected happens when Chancery tries on her mother’s staridium ring, forcing her into a role that she never wanted: the prophesied queen who will prevent the destruction of Earth.

Now I have to kill my sister.

Judica, enraged by this turn of events, vows to do anything to reclaim her rightful place as empress. Including challenging Chancery to a battle to the death. While Chancery is away training, she gets a taste of the human world, where she can do whatever she wants without family obligations. Now torn between a life she was born into and one that makes her happy, she must confront her treacherous sister—or cause the end of the world.