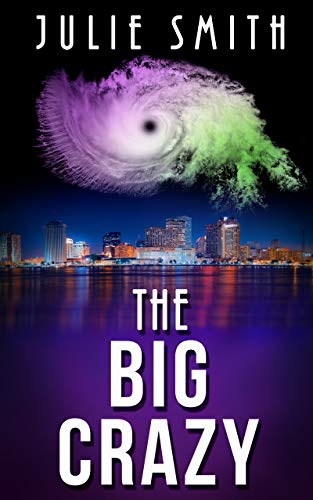 August 29, 2005: New Orleans is eighty percent under water—no electricity, no phones, no rules. Facing the complete breakdown of normality, New Orleans homicide Detective Skip Langdon is on her own to execute the only direction she’s given: keep the peace.

August 29, 2005—Doomsday: New Orleans is eighty percent under water—no electricity, no phones, no 911 service, no rules. Facing the complete breakdown of systems and normality, New Orleans homicide Detective Skip Langdon is on her own to interpret and execute the only direction she’s given: Get out there and keep the peace.

With communications down and all emergency services on search and rescue, all Skip can hope to accomplish is helping the person right in front of her. More than once that person turns out to be Billy, a gutsy 15-year-old from Treme who’s in greater danger of being swamped by his chaotic home life than the Cat 5 hurricane Skip shelters him from.

When she escorts him home and discovers the scene of a possible homicide, homicide detecting must take a back seat to maintaining order—if not peace. Outrageous rumors are swirling, stirring up unrest, but what really bothers her is the one about a police department order to use the chaos as a cover for “cleaning up” by rounding up criminals and assassinating them. Now that just can’t be true. Can it?

But after she hears it for the third time, Skip teams up with the only cop in the city she’s positive she can trust, her former partner, movie-star handsome, kickass, praline-sweet Adam Abasolo. They may not be able to fix everything, but, as the bodies pile up, they are sure going to hit back at the guys who’re giving their department a black eye.

On any regular weekday, New Orleans lives up to its billing as The Big Crazy. In post-Katrina New Orleans, where the dirty cops and lunatics are running the asylum, author Julie Smith also takes us inside the actual asylum, Charity Hospital emergency psych unit, an unexpected oasis of comfort in stark contrast to endless amounts of ever-present filthy water and hordes of half-drowned people.

Smith strikes just the right note, capturing the massive tragedy of the events and the inevitable comedy as the survivors struggle to make sense of the closest thing to hell squared that any of them has ever seen.