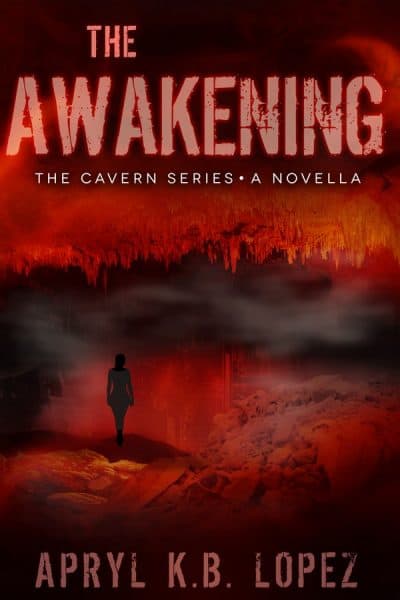 The Awakening (The Cavern Series Book 1.5)

This novella sequel to The Cavern follows Mera’s best friend, Ata, as she struggles with an intense grief and anger she’s never experienced. She must learn to control her anger before it gets her into trouble or worse—dead.

For fans of YA dystopian and coming-of-age stories, here is the latest installation in The Cavern Series. After the harrowing events of The Cavern, The Awakening follows twenty-year-old Ata as she deals with the loss of almost everyone she loves.

Her parents are gone; her best friend has disappeared and been labeled a traitor. Ata is left with a violent and angry grief she’s unaccustomed to, and it’s affecting her daily life. When she brazenly confronts a Civility Squad—brutal policing groups formed under the Cavern’s new martial law—she realizes she needs help.

With no control and nowhere to turn, Ata is suddenly called to train with the Cavern’s military leader Azai. As she gains more self-control and confidence in herself, Ata learns about a traitorous plot involving someone close to her. But she’s not sure where her loyalty lies: with those she loves or with her government?

The Awakening is a companion novella (# 1.5) to The Cavern, book one in The Cavern Series. It can be read separate from the main trilogy novels, but is best enjoyed, and free of minor spoilers, if read after The Cavern.