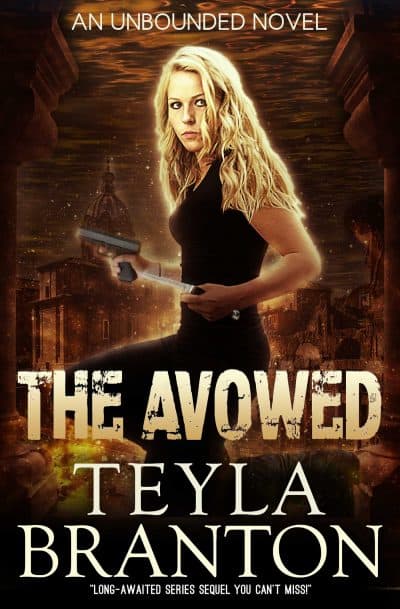 Erin and her crew race into action when a family descendant goes missing. When she must choose between protecting those she loves, which life means more? Urban fantasy with terrifying consequences, powerful romance, and non-stop action.

In a chaotic world newly adjusting to the announcement of Unbounded existence, Erin Radkey and her Renegade crew jump into action when a family descendant goes missing. They must rule out not only their enemies but also their disgruntled new allies to find those responsible for this and other disappearances.

Meanwhile, unusual shipments of goods brings to light a dangerous alliance between the former Emporium Triad and a powerful, ruthless new faction tied into ancient legend.

Erin thought sharing her secret with her new husband would be comparably easy, but it changes everything about her place on the team. When she must choose between protecting those she loves, which life means more?

Join Erin, Ritter, and the other Renegades as they race their way through this action-packed, long-awaited new installment of the bestselling Unbounded series. Urban fantasy with terrifying consequences, powerful romance, and characters who, despite their abilities, are uniquely human.