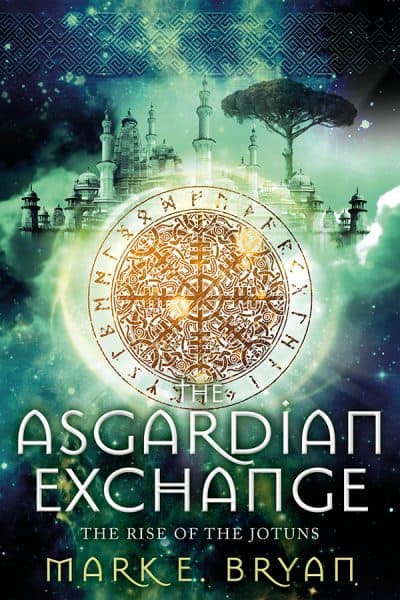 The Asgardian Exchange: The Rise of the Jotuns

When perfectly ordinary 13-year-old Amanda West is claimed as the fifty-first “Favoured” and chosen to inherit the tremendous power of a god, it is only the beginning. A book for any aspiring hero who thirsts to battle alongside Percy Jackson.

A thousand years ago, the Nine Realms burned . . .
. . . and the gods were driven to the brink of annihilation.

To save themselves, a deal was struck with the Fates of Asgard so that all worlds could live on. As part of the bargain, every hundred years, fifty mortal boys and girls are chosen to become “The Favoured.”

These young men and women will inherit a god’s tremendous powers, using them in service of the Nine Realms.

So it has been ever since the Nine Realms were restored.

When perfectly ordinary 13-year-old Amanda West is claimed as the fifty-first “Favoured,” neither god nor mortal can answer why.

This is a tale of action and adventure for any young magician longing to attend Hogwarts; this is the book for any aspiring hero who thirsts to battle alongside Percy Jackson.

If you think you might be one of the chosen . . . Join Amanda in the land of the Norse gods. Feel the power of Thor, Odin, Freya, and Loki. Become “One of the Favoured!”

“This YA fantasy debut finds a teenager imbued with the power of a goddess from Norse mythology…A methodically complex series opener that should satisfy Hogwarts fans.” –Kirkus Reviews