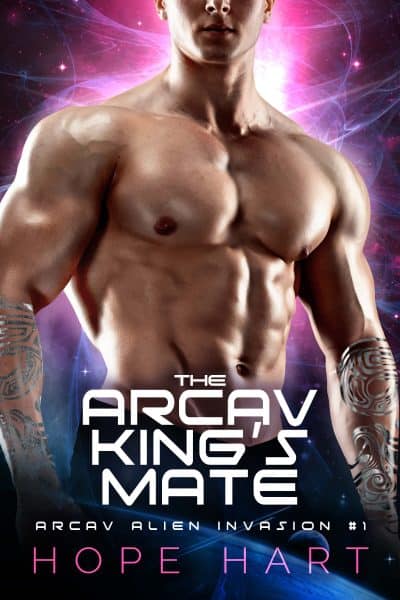 When the Arcav invaded Earth, human leaders didn’t even try to fight. All human women were forced to give blood so they could be tested for compatibility as Arcav mates.

Harlow’s life changes forever when her name is announced as mate to the Arcav King. Within just a few seconds, she’s no longer a cop. Now, she’s expected to hand herself in and travel back to Arcavia with an alien she has never met.

Instead, she works with the resistance, fleeing with the help of other humans and fighting for her autonomy.

If there’s one thing Harlow knows, it’s this: she’ll never give up her freedom for a seven-foot, horned alien. Even if his heated looks make her toes curl and his dominant ways give her goosebumps.

Varian doesn’t understand why Harlow won’t come to him. How can she overlook the pleasure that awaits in his arms? He’ll keep her safe, even if that means stealing her freedom forever. With his sanity on the line, he can’t afford to go back to Arcavia empty-handed.

When another species of aliens begin eyeing up Earth’s resources, the Arcav may be the only ones who can keep Earth in one piece.

Can Harlow stay on the run forever? Or will Varian convince her to take her rightful place . . . at his side?