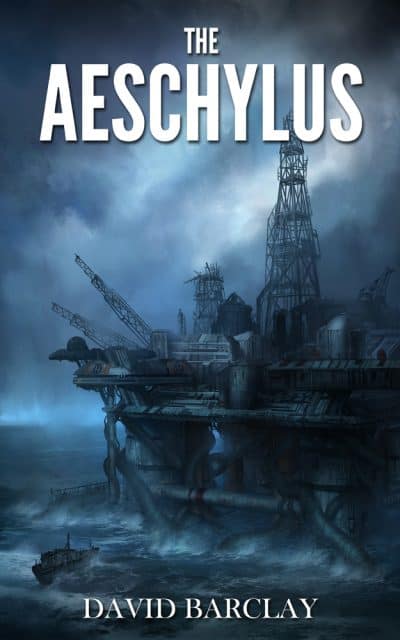 When a team of oil workers vanishes from The Aeschylus drilling platform, corporate heiress Kate McCreedy leads an investigative team to the site of the disaster. The unimaginable awaits in this political thriller meets horror novel.

250 oil workers mysteriously vanish from the offshore Aeschylus drilling platform without a trace. Production stops. Communications cease. The Valley Oil Corporation finds itself on the brink of disaster and prepares to send an investigative team deep into the south Atlantic.

Kate McCreedy, daughter of the late U.S. Vice President, is whisked into a secret board meeting shortly after inheriting a windfall of Valley Oil stock. Her father not only left her his fortune, however, but an envelope containing covert satellite images of The Aeschylus. Believing the images are linked to the developing crisis, she volunteers to join the team.

Upon arrival, they discover the platform is overgrown with a massive, tentacle-like fungus, and the missing workers are nowhere to be found. Kate delves deeper into the mystery, discovering a nearby island, an abandoned military base, and a secret dating back some 80 years.

In 1938, promising young biochemist Dominik Kaminski is abducted by the German secret police as he and his family are about to flee the country. He is transported to the same island Kate will uncover so many years later. There, he is forced to choose between submission to his captors or endangering his family to escape.

The Aeschylus interweaves Kate’s story with Dominik’s, following each protagonist through a series of harrowing and grisly discoveries. As the conspiracy unfolds, they soon find themselves in terrible danger.