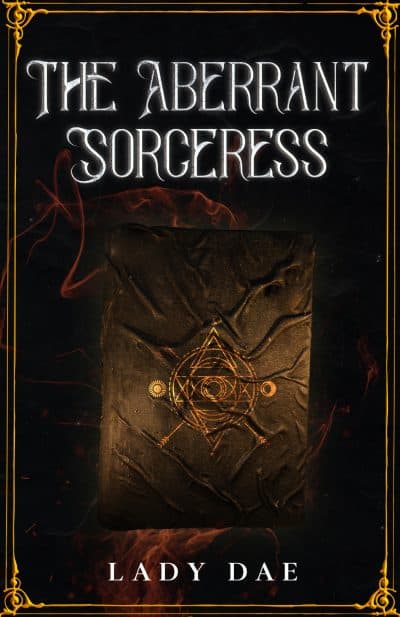 When an unknown sorceress begins murdering other powerful magic practitioners, Rae, an aberrant sorceress, becomes allies with her would-be killers, unlocking secrets about her inheritance and Devdan, whose attraction for her may be more sinister than romantic.

Rae is an aberrant. Effectively, Mother Nature in human form. The only sorceress alive with an affinity for all known and unknown magics.

It’s the inheritance of the coveted knowledge of reality magic that has the magical world wanting to kill her.

With hostile magic practitioners living perfectly disguised amongst non-magical people—As celebrities. Influencers. Even politicians—all seeking to steal her inheritance, Rae’s fights and kills to not be killed.

She can trust no one. Except her dead benefactor’s former guardians. One of whom is Devdan, a sorcerer whom Rae has an inexplicable attraction toward. But he won’t commit to a relationship after months of teasing and temptation despite them failing to maintain distance.

When a new aberrant drops from the sky and begins stalking and murdering other powerful magic practitioners, Rae becomes a reluctant ally with those who have only ever tried to kill her. In the process, she unwittingly unlocks centuries-old secrets about why a powerful reclusive sorcerer made her his heir and about Devdan, whose inexplicable attraction for her may be more sinister than romantic.