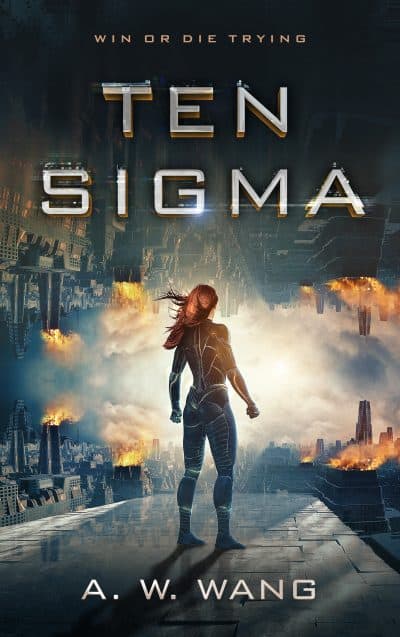 A dying woman has her mind inserted into a virtual world, but to return in a new body, she must win an impossible series of battles or die trying . . .

In future America, the downloaded consciousnesses in the Ten Sigma Program fight endless battles. The struggles span all possibilities: face-offs with knives and clubs, skirmishes as Roman legionaries, pitched WW1 trench warfare, duels with ultra-modern hypersonic weapons, and everything in between.

The combatants who live are rewarded with another battle until they reach the unreachable score of ten sigmas. Those who die are expunged from the system, gone forever. The methods, so harsh they go beyond anything possible in the real world, are necessary for the end goal: violent evolution to produce the greatest warriors in all of human history.

Who would choose such a fate?

Those with no hope.

On a wintry night, a government representative presents Mary, who is dying of incurable cancer, with the offer: a second chance at life and for those completing the requirements, a return to the real world in a fresh, healthy body. To save her family from bankrupting medical bills, she accepts.

After her consciousness is transferred into the virtual universe of the program, her essence is ripped apart and her memories shattered. She’s reassembled as the perfect killer.

As the life-and-death contests begin, she discovers the true nature of what lies ahead. But, she won’t surrender to the impossible and grimly embarks on the journey to return to her family while trying to save her soul.