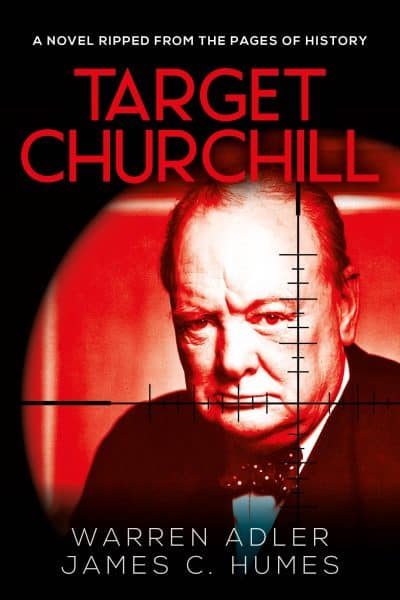 Winston Churchill, the cigar-puffing icon of the British fighting spirit, embarks on a crusade to lift the veil of secrecy that hangs over Stalin’s mission.

As Great Britain and the United States celebrate a victorious end to WWII, Joseph Stalin’s relentless Soviet Union is creeping across Eastern Europe, leaving a trail of devastation and murder in its wake.

Winston Churchill, the cigar-puffing icon of the British fighting spirit, embarks on a crusade to lift the veil of secrecy that hangs over Stalin’s mission. Westminster College in Fulton, Missouri, sets the diplomatic stage upon which the world’s political players grapple for supremacy as Churchill delivers his fated Iron Curtain speech on March 5th, 1946.

Soviet operatives have infiltrated British and American governments at the highest level. As Churchill prepares to launch the Cold War, Stalin unleashes his trained mole, an American Nazi who served in Hitler’s SS. His mission: assassinate Winston Churchill.

Churchill travels with a lone bodyguard, W.H. Thompson, a former British police officer who protected Churchill faithfully through the turbulent years of war. Thompson alone senses danger, but will his trained instincts and vigilance be enough to protect the former Prime Minister from a ruthless killer? In this gripping historical thriller, battles are fought not on the beaches, on the landing grounds, in the fields, on the streets, or in the hills, but behind closed doors in the shadows of espionage.