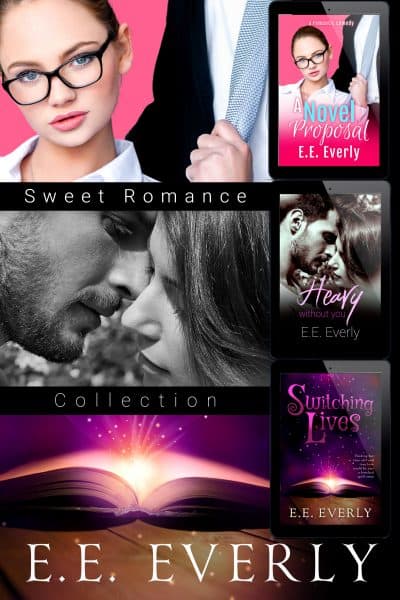 A Novel Proposal
Annalise is frustrated because her boss doesn’t know the extent of her feelings for him, and just when she is about to quit, he hides a message just for her within the pages of her manuscript.

Heavy without You
Cai, a hot, widowed principal falls for a Kate, a substitute teacher at his school, but she doesn’t make dating her easy. Being a principal gives Cai a professional mindset that won’t allow him to hear no. On the surface, Kate is everything he wants in a wife and in a mother for his kids, but as dark secrets unfold, Kate’s past might be harder to overcome than Cai thought.

Switching Lives
A blissful night of making up turns into disaster when Lexi wakes and learns that her husband thinks he’s married to her sister. Evidence points to a spell that Lexi and her brother-in-law, Ben, are determined to break, but as time goes on, falling for a new love just might be easier than breaking the spell.