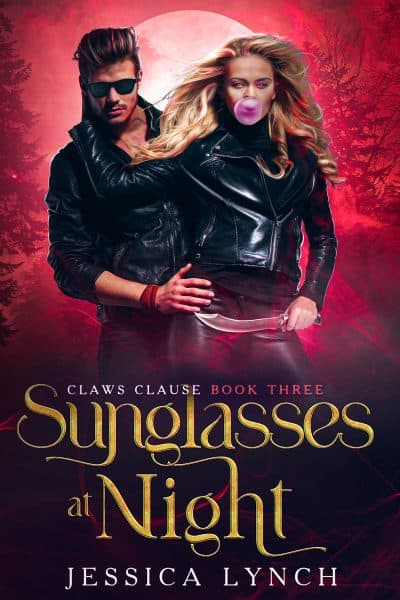 After changing from human to vampire, ex-cop Adam has one thought on his mind: revenge on the vamp who turned him. And then he meets Tabby, a perky blonde slayer who is the key to everything he’s ever wanted and, suddenly, he’s looking forward to forever.

He didn’t want to be a Para. But she just might make it worth it.

In a world where paranormals live side by side with humans, everybody knows about Ordinance 7304: the Bond Laws. Or, as the Paras snidely whisper to each other, the Claws Clause—a long and detailed set of laws that bonded couples must obey if they want their union to be recognized.

Because it wasn’t already damn near impossible to find a fated mate in the first place. Now the government just has to get involved . . .

After a run-in with a dangerous Nightwalker left him changed, Adam has one goal in mind: revenge. He quits his job as a Grayson police officer, choosing instead to go rogue. He refuses to give up until he’s taken the king’s head and destroyed the clan that did this to him.

What was it the vampire said before he left Adam for dead? A life for a life? That sounds about right.

They might have made him one. Doesn’t mean he plans on staying that way. He lost Evangeline to that wolf. He lost his humanity to a vamp. What’s to stop him from walking into the sun?

Tabitha Winslow has a secret.

As a distant relative of the infamous Van Helsing slayers, her family has always known that paranormals live alongside humans. They also know how dangerous some of the more vicious races can be. For hundreds of years they’ve regarded their line as protectors.

And then the Paras revealed their existence fifty years ago.

By day, she’s a normal, happy-go-lucky chick just trying to make sense of the world. By night, she’s like Buffy 2.0, especially when it comes to her newfound tendency to kiss the vamp she’s supposed to be hunting.

Can she help it? There’s something about the brooding blond Nightwalker who keeps showing up on all of her hunts. He’s strong, he’s quick, and he gets her blood pumping in a way that has nothing to do with going after the rogue sect of Para killers.

Maybe her family is wrong. Maybe there is such thing as a good Nightwalker.

One thing for sure? Tabby’s going to find out.

When Adam discovers that there’s one chance for him to go back to being human, nothing can stop him from following that lead. Not even the bubblegum-popping, gorgeous blonde who seems to be getting into trouble every time he turns around.

He has to partner up with Tabby. He’s afraid what might happen to her if he’s not there to save her.