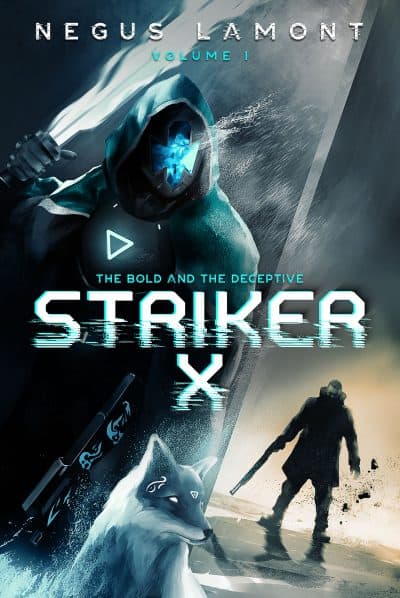 Striker X (The Bold and the Deceptive Book 1)

Vex’s inner demons are as big as the monsters he hunts. Surrounded by lies, treachery, and deceit, this dark elf has a bullet for every dispute. But what should he do when he finds out it’s the closest people to you that cause you the most harm?

Vex’s inner demons are as big as the monsters he hunts. Surrounded by lies, treachery, and deceit, this dark elf has a bullet for every dispute.

He eliminates the monsters that come from the rift. Vex is the third-highest-ranked striker in the Interplanetary Galactic Force, and he’s gaining fast on number two. Every victory, and every progression in rank, comes with upgraded weapons technology and magic defenses.

But after a decade of loyal servitude to the IGF, he’s finding himself at odds with his fellow elves. His shadow fox phenome has begun whispering strange warnings. The monsters he’s hunting are no longer mindless beasts: they’ve somehow grown sentient. And while Vex has always stayed out of politics, he’s beginning to suspect corruption even in his own force. Someone is allying themselves with the cyber realm.

In this high-octane thrill ride with intricate characters, majestic apocalyptic settings, and death around every corner, Vex’s fight for survival hits twist after shocking twist. He might be the only one who can stop a corrupt game world filled with unfathomable enemies.

But it’s the ones closest to you who do you the most harm.