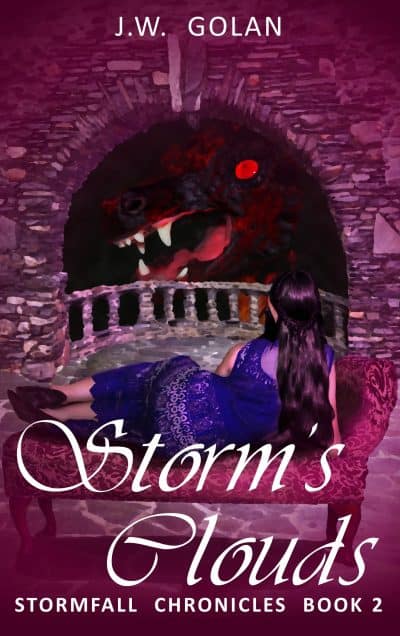 A dragon: the most powerful, destructive and malevolent force known. The last thing Lynette ever wanted to get closer to—and the one thing she’s been tasked to go find.

For the first time in centuries, a dragon has been reported on the edge of the Feyfell. Homes, cities, and forests are all threatened with fiery destruction. The news has plunged the Fae Kingdom into a panic.

Desperate to know the truth behind the reports, and unable to discretely dispatch his own fae soldiers to investigate, King Elyan tasks Lynette, Baxter and Eirlon with tracking down the whereabouts and intentions of the fiery beast.

But Lynette is still only a second-year student at the Fae Academy. She has come far—but she knows she’s no Arche-Mage. Baxter is still struggling to prove his worth, hoping Lynette might see him as something more than the boy-squire she first met two years before. And Eirlon—he still hordes secrets Lynette can only suspect. A girl, a boy, and a gnome—on the hunt for a fire-breathing dragon.

The threats facing the Fae Kingdom, however, are multiplying. A traitor has set his sights on King Elyan, while the Arche-Fae Council continues to treat the Princess Elise as an outsider—an adopted daughter rather than a noblefae by birth. Hostile armies are gathering on the kingdom’s northern frontier, while the mage-turned-swordsman Garth must balance between rescuing a boy on a quest and averting a larger war.

With sightings of dragons, rumors of war, and trained assassins stalking the land, will there even be a Feyfell for Lynette to return to?