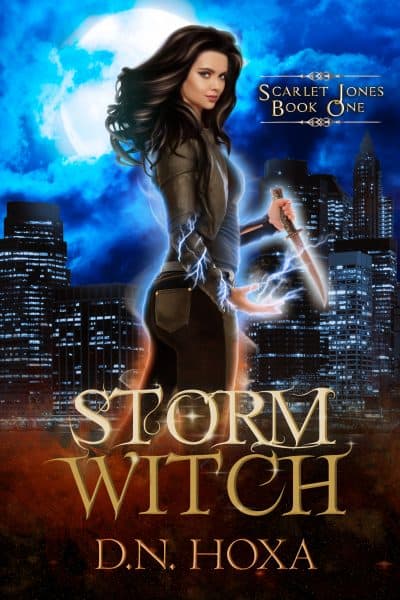 Scarlet Jones is being hunted by monsters. Her only defence is magic she CAN’T use. Things are about to get real messy.

Those who knew me growing up thought of me as a spoiled little brat they didn’t want to have anything to do with. I did break things on purpose, stole, and may or may not have set half my school on fire, but come on! They were being too hard on me.

I grew up in a family full of strong Blood witches, in which my strange magic never belonged. I thought I was the only one of my kind out there, a true freak of nature, and I liked it that way. I lived on my own, learning to hunt these creatures nobody seemed to know anything about, a bunch of mindless thingies who were in the habit of sucking my magic dry wherever they found me. I even set up a party for them, just so I could teach them some manners.

But my plan went to hell when four strangers crashed the party, people who apparently were like me. Just like that, I no longer felt like a special little flower. With four unconscious bodies at my feet and no idea what was going on, I thought that was the worst it was going to get. Boy, was I wrong . . .

The rest of my life is only just beginning, and by the looks of it, it is not going to be a smooth ride.