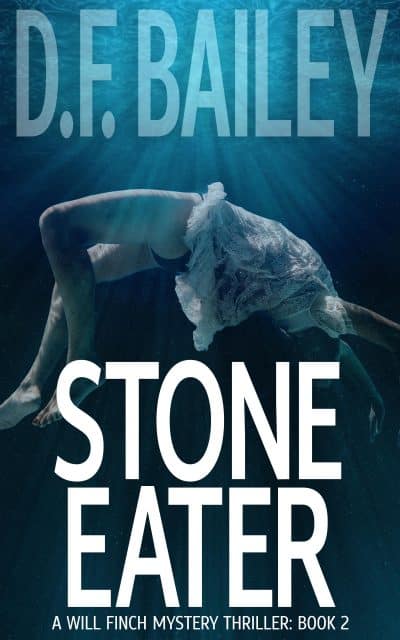 A reporter on the rebound. An ex-cop with nothing to lose. A murder they can only solve together. Stone Eater combines Michael Connelly’s The Scarecrow with the pace of The Bourne Ultimatum. “This book just blew me away. Magnifico!” —Robert Schultz

Will Finch returns to the San Francisco eXpress convinced that Gianna Whitelaw was murdered. But everyone else claims that she threw herself from the Golden Gate Bridge. Who can dispute the facts? Her suicide note posted on Facebook. Her fiancée, murdered. Her fast-lane love-life, a disgrace. When her father, US Senator Franklin Whitelaw, demands that the press respect his family’s privacy, the story is quietly shut down.

Then Finch receives a mysterious text from Eve Noon. She knew Gianna. And she knows about Gianna’s intimate night with Finch. Her revelations could ruin his career. Will she destroy him, or can Finch use what Eve knows to crack open the case?

If you love a gripping financial thriller series that crackles with the voltage of a technothriller trilogy, then grab the second installment in this new crime trilogy. This hot fusion of PI mysteries, an organized crime series, and noir crime new releases will keep you reading through the night!

Inspired by true events, Stone Eater is the second novel in this string of noir crime new releases. Be sure to read this gripping financial thriller series in order: Bone Maker, Stone Eater, Lone Hunter.