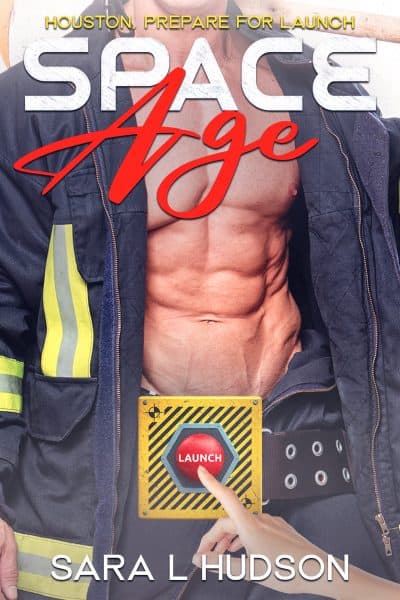 Lift-off to love and laughter with the men and women of NASA!

NASA Flight Surgeon Dr. Rebecca Sato has earned her dream job. Now she’s ready to explore the next frontier…having a family. While responsible for the health of astronauts who fly through space in the International Space Station, her feet are firmly planted on the ground.

But at thirty-six, the men on her radar are either intimidated by her intellect or not interested in having kids. So she devotes her spare time and energy to the local animal shelter.

Tired of girls his age who only crave a quick hook-up with a good-looking fireman, he’s ready to settle down with a wife, kids, maybe a dog.

When a fire at Johnson Space Center threatens NASA’s medical building, Ryan rushes in, ready to take charge. But he’s blindsided by a calm, compelling doctor who’s already in command of the evacuation. While the fire is easily contained, Ryan can’t say the same for his heart.

Attraction fans the flames, but dating a younger man is not in Rebecca’s comfort zone. Determined to synchronize their orbits, Ryan volunteers to pose for her animal shelter’s charity firefighter calendar. Between Ryan’s abs and his love for animals, the wall around Rebecca’s heart starts to fall. Will their age difference be too much to overcome?

Or will they achieve a five-alarm lift-off?