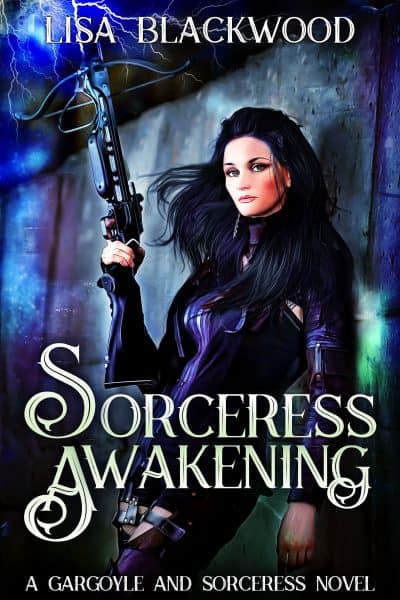 An untried sorceress teams up with an immortal gargoyle to stop a goddess from enslaving Earth. Chaos and romance ensues in this tale unlike anything you’ve read before with noble gargoyles, an action-packed plot, rich world-building, and a touch of romance.

An untried sorceress teams up with an immortal gargoyle to stop a goddess from enslaving Earth in this epic urban fantasy romance tale.

When Lillian finds herself facing off against demons out of mythology, help comes from an unlikely source—the stone gargoyle who has been sleeping in her garden for the last twelve years.

After the battle, Lillian learns the humans she thought were her family are actually a powerful coven of witches at war with the demonic Riven. Lillian is something more than human, a Sorceress and Avatar to the gods. The gargoyle has been her protector for many lifetimes, but when she was still a child, troubles in their homeland forced him to flee with her to the human world.

But something from her childhood has followed them to this world.

In a heartbeat, her ordinary life becomes far more complicated, and if her overprotective guardian is to be believed, there’s an evil demigoddess just waiting for the chance to enslave them both.