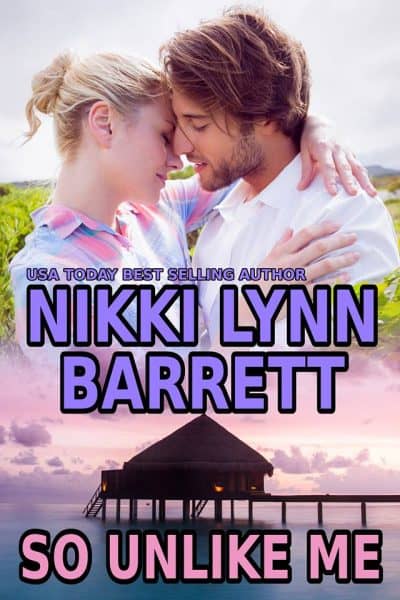 So Unlike Me (Winning Your Heart Book 1)

Lizette would be crazy to turn down her sweepstakes-entering, agoraphobic twin’s offer to go to Paris in her place. She just has to pretend to be Nola. Enter Dirk, Nola’s childhood best friend. He’s grown up and has eyes for Lizette—except he thinks she’s Nola.

How to survive an unexpected breakup with your ex-fiancé on national TV:

1. Hide out under the covers at home.
2. Let your agoraphobic twin sister talk you into going to Paris in her place!

Lizette Monroe would be crazy to turn down her sweepstakes-entering twin’s offer. Paris, France? It’s the perfect getaway after all she’s been dealing with. All she has to do is pretend to be Nola. Can’t go wrong there, right?

Too bad it’s not France, but a small town Tennessee town. Still, it gets her out of the public eye for awhile.

Enter problem number one in the form of Dirk Ramsey, Nola’s childhood best friend. He’s grown up, gorgeous, and has eyes for her, except he thinks she’s Nola. Lizette wants nothing more than to tell him the truth, but Nola’s embarrassment and shame over her current condition has her begging Lizette to keep up the charade.

It wouldn’t be so hard if Dirk’s touch didn’t awaken a part of her soul she thought was lost. Did he really have to be there at every turn, especially when the truth is closer to coming out? And when Dirk does learn he’s been reminiscing with the wrong twin—the one who didn’t pay much attention to him back then—will that ruin a chance to get to know the man Lizette is now having romantic feelings for?