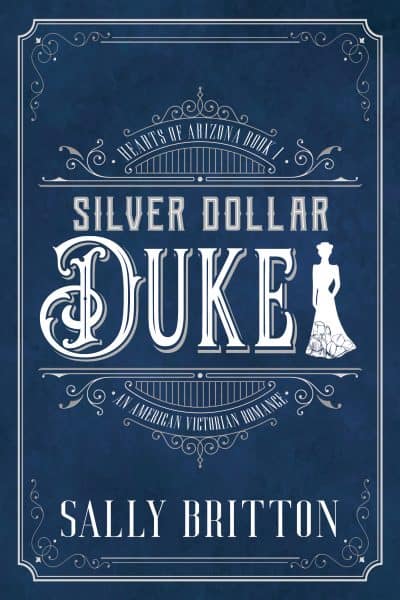 The last thing Dannie needs is a Victorian gentleman on her ranch, playing cowboy while she’s trying to save her family’s livelihood. Will high stakes and high emotions lead to heartbreak?

Evan Rounsevell, second son to the Marquess of Rothwell, is running as far from his family and responsibilities as he can. His fascination with cowboys takes him from English shores to the Arizona desert, but the days of showdowns are over, and Tombstone, Arizona, is a respectable town. With no funds left, and no desire to call on his affluent family for rescue, Evan seeks a position as a cowboy at a ranch on its last leg.

Daniella Bolton’s fiancé left when the drought of 1893 crippled the KB ranch, but that’s just fine by her. She doesn’t need a man to help her save her family’s land. Especially not an Englishman who looks down on her style of living, like Evan does. She loves her life on the ranch, and no outsider could ever understand what it means to be loyal to the land and her family’s way of life.

Being a cowboy is harder than Evan thought, but as he works to earn his place on the ranch, his heart opens up to the beauty of the desert… as well as that of Dannie Bolton. Watching Evan fight for the ranch she loves makes Dannie realize that not all men are afraid of hard work and troubled times, and loving Evan might be just the salve her wounded heart needs. But when Evan’s family summons him home right when Dannie needs him most, the feelings of betrayal from her former fiancé’s flight return tenfold.

Does Evan dare risk his tenuous relationship with Dannie to fulfill his family responsibilities? Or will leaving Arizona be the worst mistake of his life?