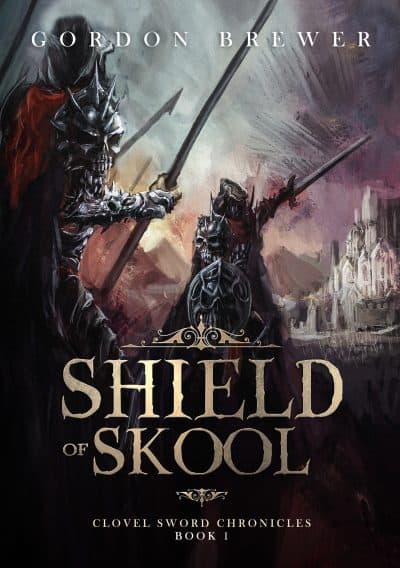 Urith carries the scars of battle and vengeance before surviving a shipwreck. When he steps off the beach to confront the waiting enemy warriors, he doesn’t realize he’s now in a battle against gods and their ruthless allies.

Kamin is an exotic world of unusual creatures and mystic spirits, where people battle monsters when they don’t fight among themselves. In this violent world, Urith of Esterblud carries a fearsome and honorable reputation with him. Known as the Clovel Destroyer, he is part of a warrior culture which dominates the human realm.

Sailing to Ynysover, Urith dutifully follows his king’s command to meet with the treacherous Sacred Overlord, the head of temple priests. But he doesn’t understand the reason for King Penhda to choose him. He is the hard-nosed leader of men in combat, not a diplomat. When shipwrecked upon a sandy beach, Urith and his nephew Oslaf find their enemies waiting. They become hunted refugees who must cross enemy lands with no apparent reason behind their misfortune. However, neither man realizes the Fates have already determined Urith’s destiny.

After finding an old friend, Urith discovers prophecy predetermined his path. He will seek a weapon of the gods. But adversaries know of the prophecy as well, and they want the power that comes from the Skool. Even the brutal gods join in the quest, creating deadly encounters for Urith and his comrades. Urith learns that honor is gone, trust is nebulous, and his opponents ruthless in the hunt for the Shield of Skool.

This book is intended for adult readers. Due to the brutal and ruthless nature of warfare and cultural norms of the Kamin world, the stories contain graphic violence, sexual violence, creative language, and innuendo. This book does not contain explicit sexual content.