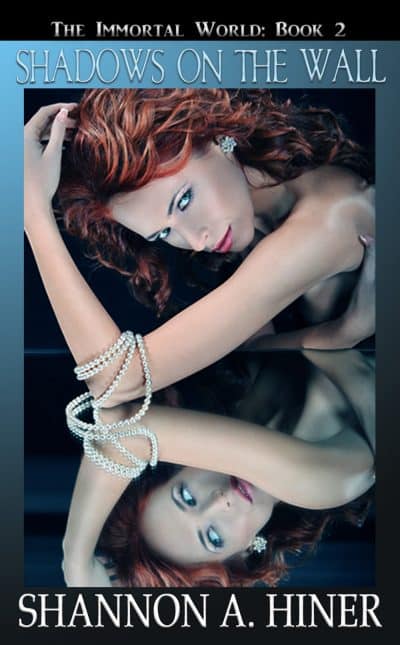 Shadows on the Wall (The Immortal World Book 2)

by: Shannon A. Hiner

Her memories are missing. The vampire who stole her freedom calls her Cameo, but it has never felt right. As the web of lies starts to unravel, it isn't only her memories she finds, but her strength and something new too: her anger.

Her memories are missing. She doesn't even know her own name. Her master calls her Cameo, but it has never felt right.

Her body is held as a slave, forced to hunt her own kind. The depraved vampire who has taken her freedom has also convinced her she is weak, and has no where else to go.

Over the years, Anthony's bloodlust has strayed into the forbidden: other immortals.

When Anthony sends Cameo after a shape shifter named Daniel, it becomes clear that he has chosen the wrong victim. Daniel is surrounded by his vampire friends, one called David in particular. Besides being very protective of his friend, David also develops a disconcerting interest in Cameo.

As the web of lies spun around Cameo starts to unravel, it isn't only her memories she finds, but her strength and something new too: her anger.