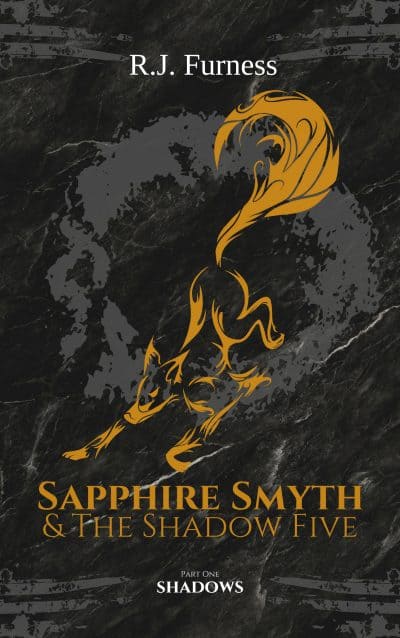 What if dragons hid in the shadows and you could bring them to life by touching them?

Have you ever seen something you can’t explain? Did it vanish as fast as it appeared? Perhaps that thing you saw was lurking in the shadows, and you caught a glimpse of it before it went back into hiding. There’s a good chance, of course, that the thing you saw simply emerged from your imagination. Or maybe, just maybe, it didn’t . . .

Sapphire Smyth is no stranger to rejection. When she was only a baby, her father abandoned her after her mother died. Since then, Sapphire has never felt like she belonged anywhere, or with anyone. To make things worse, her foster carers have now turned their back on her—on her eighteenth birthday. After living with them throughout her childhood, Sapphire has to find a new home. Is it any wonder she finds it hard to trust people?

Abandoned by the people she called family, Sapphire is alone and searching for some meaning in her life. Except that meaning has already come looking for her. When she discovers mysterious creatures lurking in the shadows, Sapphire soon realizes that her fate is unlike anything she had ever imagined.

“Shadows that come alive, a hidden world, and a mystery that grips you from the first page. R.J. Furness has created a world that is both magical and tangible. Part one of Sapphire Smyth & The Shadow Five will leave you satisfyingly breathless and in desperate need of a fox, a silver bangle and the next installment.” —PJ King, author of The Divinity Laws series.

“Packed with mysterious magic, friendship, and adventure, Sapphire’s story will delight those with an imagination that often runs away with them.” —L.L. McNeil, author of the World of Linaria series.