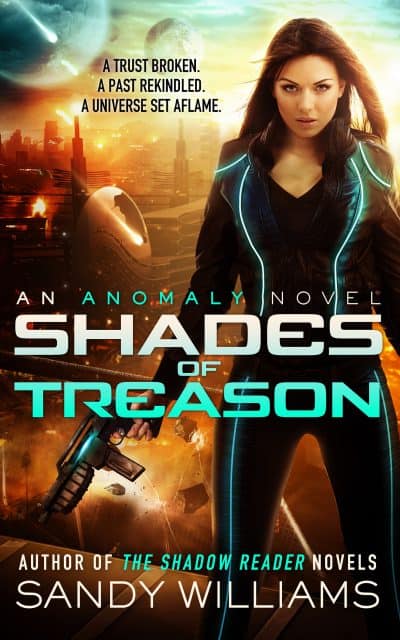 Lieutenant Ash faces execution after the death of her fellow commandos. And with her mind locked in artificial silence by a shadowy enemy, she can’t prove her innocence without a fight . . . An intense sci-fi series starter full of high-tech action and suspense!

He’s the instructor she can’t forget. She’s the cadet he couldn’t break.

Lieutenant Ramie Ashdyn is an anomaly, a person whose genetics makes her stronger and smarter than the average human. She’s pledged her life to protect the Coalition, an alliance of thirteen planetary systems, but when a top secret operation turns bloody, she’s charged with treason and the brutal executions of her teammates.

The Coalition needs the information Ash’s team stole on their last mission, so they send in Commander Rhys “Rest in Peace” Rykus to get it. He’s the man who’s responsible for turning Ash into an elite soldier . . . and he’s a man who isn’t, never was, and never will be in love with the woman he trained. Or so he tells himself.

Ash wants nothing more than to clear her name and be the woman her former instructor wants her to be, but the enemy who killed her teammates did more than frame her for treason and murder: they telepathically silenced her mind, preventing her from saying anything that might point to the truth about what happened. Now Ash is trapped and set to be executed, the truth dying with her. Unless she can prove her innocence. But taking that path could destroy the Coalition she’s sworn to preserve and protect . . .