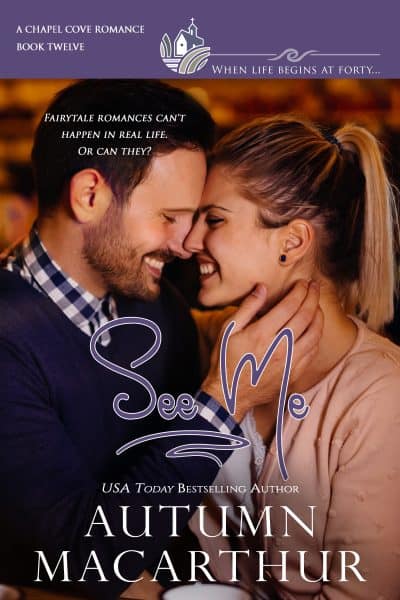 Like a fairytale romance, it’s love at first sight when a wealthy, blind inventor meets a homeless delivery driver. Once his ailing grandmother plays matchmaker, a fake engagement is the solution to all their problems. Can they find a way to make the engagement real?

Fairytale romances can’t happen in real life. Or can they?

It’s love at first sight when reclusive inventor Jesse Buckley meets unemployed music teacher Bronte, moonlighting as a take-out delivery driver. Okay, so splattering guacamole and sour cream over them both wasn’t the best way to impress the woman he hopes to make his wife, but from here on the only way is up, right? Still, maybe offering her a job as his chauffeur and personal assistant wasn’t one of his best ideas.

It means he’ll see her almost every day, sure. It also means, as one of his employees, she’s out-of-bounds. Besides, though he’s had to admit to his failing eyesight, he hasn’t told her yet that one day he’ll become completely blind. And he’s managed to keep the little fact he’s one of the wealthy owners of the business a secret, letting her believe he’s just another staff member.

Desperate to untangle the mess a con man left her life and her finances in, Bronte gratefully said yes to the job Jesse offered her. Spending most of her time with a sweet, kind, handsome guy she could easily fall head-over-heels for wasn’t supposed to be part of the deal. After all, the last man she thought loved her stole everything she had. Her home, her inheritance, her music, her faith, and most of all, her trust in her own judgment. A new love isn’t on her wish list, especially when she can’t shake the feeling Jesse’s hiding something from her.

What neither counted on was Jesse’s ailing grandmother and her determination to see him settled with the right woman. First she beguiles them into a fake engagement neither will admit they want to make real. Then she maneuvers them into accompanying her on a trip to Chapel Cove to visit his former PA, Nai. Could it be, the spring vacation in a small Oregon seaside town will bring love, renewed faith, and God’s sweet healing for them all?

Welcome to Chapel Cove, Oregon, where life begins at forty.