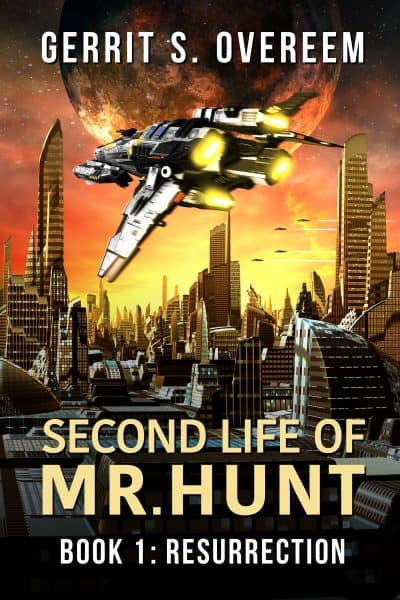 A dark force is circling the entire universe. Can one human brought accidentally back from the dead save the future?

A dark force is circling the entire universe. Can one human brought accidentally back from the dead save the future?

50,000 AD. It feels like only yesterday that Ryan Hunt kissed his wife. But when he awakens in a strange galaxy thousands of years after his death, he discovers everyone he’s ever cared about has long since turned to dust. Now resurrected by an off-world corporation, the stunned man’s new beginnings almost come to an end when he’s immediately targeted by a vicious bounty hunter.

Struggling to find out who wants him reverted to ashes, Ryan befriends a powerful AI as he learns he could be the target of a deadly alien plot. But unsure if he can trust the beautiful doctor he’s partnered with and suffering more explosive attempts to obliterate his reborn existence, his only hope for survival might be buried deep within a mysterious artifact . . .

Can this long-dead nobody stop the clock on the demise of the cosmos before all living things become extinct?

Resurrection is the thought-provoking first book in the Second Life of Mr. Hunt science fiction fantasy series. If you like kind-hearted heroes, vile villains, and fast-paced action, then you’ll love Gerrit S. Overeem’s spark of hope.

Buy Resurrection to go from ordinary to adventure-bound today!