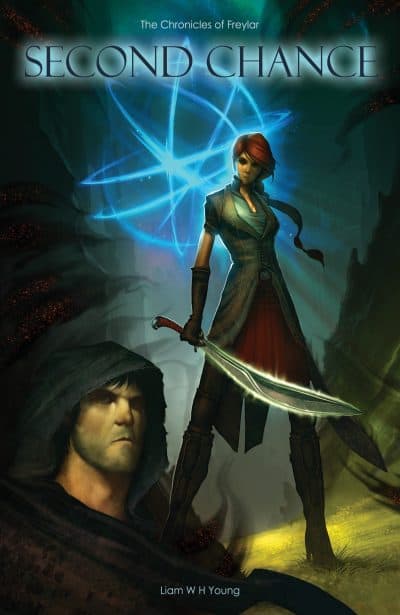 After a near death encounter with an alien, Callum is given a choice: take his chances with his ruined body, or gamble on a new life. Awakened in a female body, he is reborn as Rayna in a new world where she fights fresh horrors alongside memories of her past.

Callum is a member of the Shadow class, the lowest rank in human society. His kin lead desperate lives; they survive on the scraps left by an over-indulgent post-apocalyptic humanity, clinging to the remains of a broken metropolis. Their increasing numbers—a result of ineffective government policies failing to address the issue—prompts those in power to instigate an unethical process of forced relocation known as the Rout, ignored by an indifferent society looking to bury its problems.

Abandoned by his parents to endure a childhood of children’s homes, followed by teen life surviving on the streets, Callum develops a staunch determination to endure the horrors life throws at him. He is a survivor, able to think fast on his feet, yet his principles hasten his near death during a chance encounter with an enigmatic alien entity. Callum is given a choice: take his chances with his now ruined body, or gamble on a new life.

Awakened within the comatose body of a non-human female and faced with a distraught father, Callum is reborn as Rayna, in an entirely new world, presenting the opportunity to start over. Rayna’s new world—Freylar—has a darker undercurrent, and it falls to The Blades, a militant order, to defend the Freylarkai from those horrors born of the shadow. Rayna is inducted into The Blades as she tries to navigate through her strange environment and master new and wonderful abilities, yet she finds herself fighting two battles: one against the repressed memories of her miserable past, and the other a war versus fresh nightmares seeking to claim dominance over her new world.