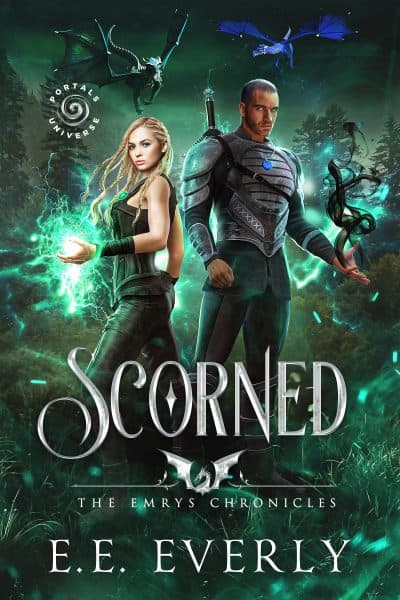 A master of darkness, his immortal enemy, and a journey through the past that alters history and changes hearts.

A master of darkness, his immortal enemy, and a journey through the past that alters history and changes hearts.

Meuric refuses to acknowledge the power of light within his half-immortal body. For years he’s built his dark energy as his dragon rider’s enigmatic leader, when a new ability emerges—the power to skip through the ether to another place. During battle, his ability backfires, throwing him and one of his nearest enemies, an Emrys of Light, through time.

Catrin, Meuric’s hitchhiker, crumbles when he tells her there’s no conceivable way home—his ability to slip through time was an anomaly. Threatened with a light-draining injury that depletes her immortal body, Catrin will do whatever it takes, even if it means crossing the three realms with a man she despises.

When a malicious shadow starts trailing them, only Meuric knows the enormity of this evil that wants to claim Catrin. Meuric’s light could save her, but using it will diminish his dark power, hindering his ability to pass through the ether to their own time. Returning home has become the least of his problems . . . if there’s a way home at all.

Scorned is the third novel in The Emrys Chronicles, an epic, romantic fantasy series. If you like a hero who is given a second chance, a sassy heroine, and an enemies-to-lovers adventure, then you’ll love this book by E.E. Everly.