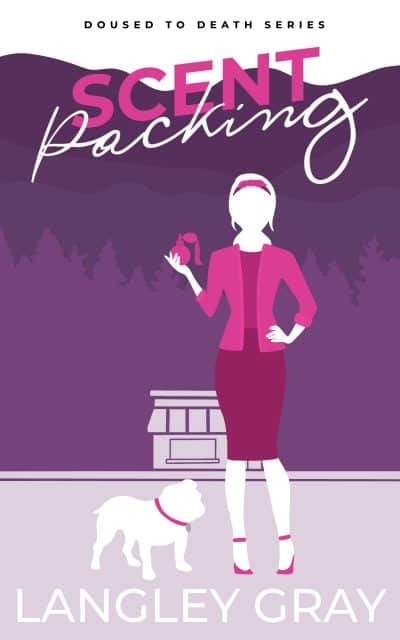 Perfume Nati and her bulldog are on the case and ready to sniff out the killer.

My overnight success as a perfume-maker didn’t translate to success as a businesswoman. It’s a good thing no one can smell my accounting, because it’s a stale mix of all the wrong numbers.

When Celeste Chastain, an acclaimed French perfumer, announced a visit to my little store, I was elated—everything she touched turned to gold.

Stranger still, a fledgling local crime podcaster arrived in town just before for the murder. Coincidence? Not according to the spike in his ratings.

When the podcaster mentions my store, folks start associating me with Celeste’s murder, and I watch in horror as my sales plummet.

With a potential killer on the loose and my sales hitting the floor, I know I must intervene. It’s a good thing I have Sal, my English Bulldog as an assistant. He might snort a lot, but he’s got a real nose for sniffing out the suspect.