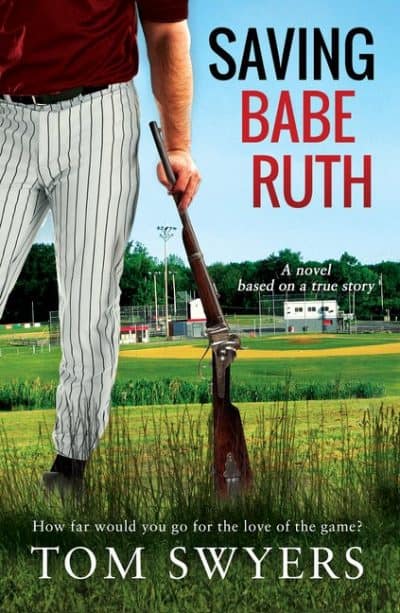 When Civil War buff and burned-out lawyer David Thompson fights to save a kids’ baseball league, he is launched on a thrill ride that threatens his family, his team, and his life. A highly rated, award-winning page-turner based on a true story.

When Civil War buff and burned-out lawyer David Thompson fights to save a kids’ baseball league, he’s launched on a thrill ride that threatens his family, his team, and his life. Captivating characters lead double lives and keep secrets in this award-winning page-turner based on a true story.

A cast of shady adults and the high school baseball coaches hate David for trying to save it. They’ll do anything to wreck the league so that their elite travel teams can take over its beautiful ball field, even if it means going after David and his family.

The harder David battles to save the league, the worse things get. He’s in way over his head and he’s also stuck in a family catch-22. If he surrenders, he might lose his son’s love along with his own self-respect to say nothing of losing baseball for the sandlot kids in town. Yet if he doesn’t back down, he’ll lose his marriage and his son will lose any chance to play on the high school team.

To make things right, David Thompson needs to know when to fold and when to fight. He’s being pushed and shoved to his breaking point and only one thing is for sure: If he snaps, he’s not planning on taking prisoners.

David is on an emotional roller coaster and he can’t get off. He’s fighting his own civil war as he struggles to make a difference in the town he cherishes without bringing harm to the family he loves.