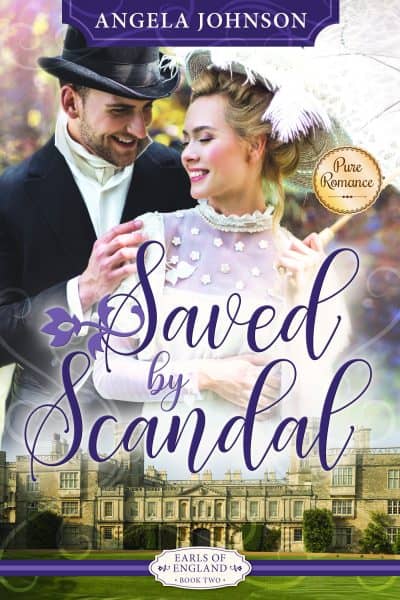 Scandal should be avoided at all times unless it serves a purpose . . .

Lady Charlotte needs to find a match before her father finds one for her. As her family hosts an annual house party, Charlotte’s choices lie between Lord Riley, a notorious rake, and Lord Haughton, a new acquaintance. Preferring life as a spinster to a marriage with Riley, Charlotte chooses the latter as the man to marry, but her plans take a turn as Lady Ruby draws Haughton’s eyes and heart in her direction.

Garrett Calder, Earl of Haughton, is confused over his feelings for two women. Mesmerized by Ruby’s emerald eyes, pouty plush lips, and sweet demeanor, it is easy for him to overlook the other woman vying for his attention. Charlotte’s calm sensible personality is attractive, but not hypnotic. When she is near, his heart and mind tell him she is the right choice, but when Ruby is near, he forgets everyone and everything by losing himself in her eyes.

Lady Ruby is charged with marrying money to save her family from ruin. Her father mismanaged an investment, plunging their family into debt and in need of an advantageous match. Lord Haughton is the wealthiest single man at the current house party, which makes him Ruby’s target. Knowing a proposal might never happen without help, her father convinces Ruby to manipulate circumstances and claim scandal from an innocent kiss while knowing his daughter’s heart belongs to another. Lord Haughton finds himself the center of scandal with two ladies. Unable to marry both, the decision of courtship and marriage is taken out of his hands, resulting in the realization of his feelings and finding it might be too late to be with the woman he loves.