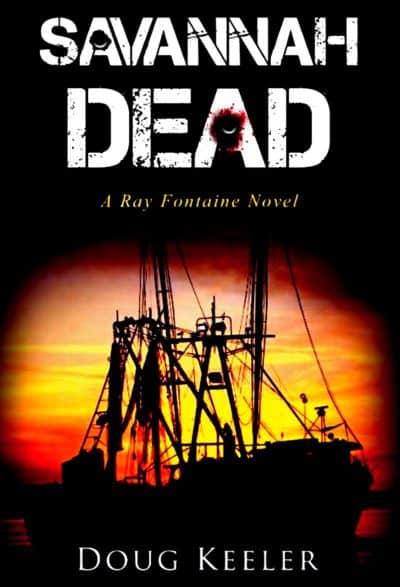 An attractive couple have been searching for the missing nuclear bomb that the U.S. Navy dropped into the water off the Georgia Coast after a mid-air collision. When they turn up dead a week before the 9/11 Anniversary, PI Ray Fontaine tries to unravel the mystery.

Savannah, the Genteel Southern City, where the past is never dead, and sinister secrets hide in plain sight.

For more than 60 years, a nuclear bomb has been resting in the murky waters of the Atlantic Ocean, twenty minutes from the Historic District. When Ken and Sophie McBride, an attractive young couple who spent their free time searching for the bomb, turn up dead a week before the 9/11 anniversary, Private Investigator Ray Fontaine has almost nothing to go on. The FBI wants him to drop the case, and the local cops aren’t sharing any information.

Will Ray unravel the mystery before time runs out?

We drifted across the yard, and the searing realization that two promising futures had been cut short hit me like a board to the forehead. The rust I’d acquired from my three-month layoff began to flake away, replaced by a jolt of cold fury, and an unbreakable resolve to find the killer.

Their bodies were garishly lit by the klieg lights, and the dappled shadows they cast lent an eerie quality to the crime scene.

I studied Ken first. His unseeing eyes were open, and he was lying spread-eagle on his back as if he was doing a jumping-jack. A bullet hole gaped above his left eye, his head resting in a pool of rust-colored blood.
I turned and looked at Sophie. She was curled up on her side with both hands raised above her head. Her death pose made it appear as if she was reaching out to someone with her last dying breath. Sophie had taken a bullet in the middle of her forehead, and her blonde hair was splayed out in sticky wet tangles.

Ripped-from-the-headlines appeal, an exotic locale, and the hairpin twists and unique humor that Keeler brings to the story, Savannah Dead is crime writing at its best.

For fans of Nelson DeMille, Michael Connelly, Robert Crais, and Robert B Parker, the Ray Fontaine Savannah series of crime novels are a must read.