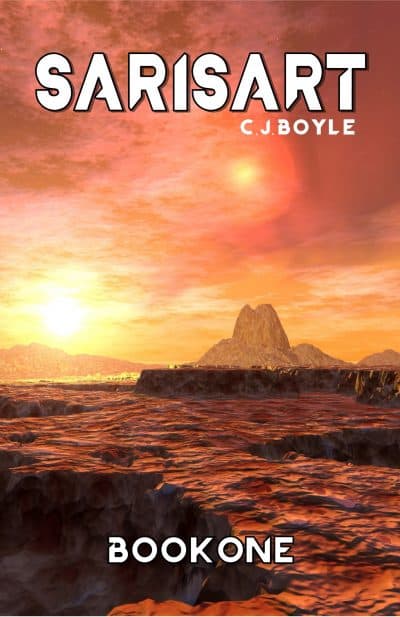 A lone woman and a group of mercenaries are transported to another planet via wormhole and must work together to survive.

Imagine being forced onto a plane by a bunch of mercenaries and then crash-landing on another planet. That is what happened to Sara Newman, and it was all thanks to her father and an alien named Andrin. With two suns in the sky, the days are incredibly hot. First and foremost, they needed to survive. They had to find shelter and they had to do it fast. The planet seemed to be dry and mostly barren until they found a large forest. It took them a day’s hike to get there and it took its toll on Sara. The men were used to harsh conditions. They were no strangers to the wilderness or survival and they all seemed to take it all in stride. She wasn’t a soldier, but she was smart and she wasn’t about to be told what to do by anyone, much less Colonel Strickland.

Colonel Strickland was a no-nonsense leader of a pack of men that he referred to as “The Boy Scouts” and he wasn’t about to take any crap from her. Strickland practically raised all of the scouts and they were completely loyal to him. They would do whatever he told them to do, without question.

It didn’t take Sara very long to realize that she was woefully outnumbered. She had horrible visions of being passed around and popping out babies that would eventually be subjected to her same fate. But even so, she wouldn’t let anyone get away with treating her like a stupid woman, which did her more harm than good. Her father always taught her to stand up for herself, so that is what she did. Of course, not all of them were bad. A few of them looked after her and vowed to protect her. She was drawn to one of those men, Zeeman. But she couldn’t act on it. She was afraid things were going to get very uncomfortable very quickly.

When some of the men died under mysterious circumstances, Colonel Strickland suspected it had something to do with Sara, so she decided her best option was to run away. Sara knew they would come after her, but she thought she was safe and well hidden. . . . She was wrong.