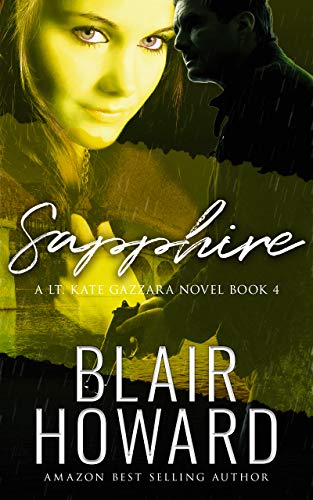 Homicide detective Kate Gazzara faces the most personal—and deadly—case of her lifetime.

On a cold morning in October, 1987, Ohio State Patrol Officer Dan Walker finds a wooden box on a quiet, county road. Twenty-five years later, in 2012, and more than 600 miles away, a young woman vanishes without a trace and another is found dead from what appears to be an overdose.

In 2015, street-smart Lieutenant Kate Gazzara is suddenly transferred to the Cold Case Squad and assigned her first case. But as she painstakingly goes over the file she discovers a connection to all three incidents. Is there a serial killer on the loose, one who has been killing for almost three decades?

The case promises to be more complex than Kate first thought. Thrust into a tangle of family secrets, murder and intrigue and with a new partner by her side, she suspects that there were ulterior motives for her reassignment.

Why was she assigned to this particular case? Why did Chief Johnston suddenly reassign his best detective, Kate Gazzara, to investigate cold cases nobody else could solve? Was there a police cover-up all those years ago? What does her long-time nemesis Assistant Chief Henry Finkle have to do with it? Kate knows that she will have to tread carefully. Her career, and perhaps even her life, is at stake.