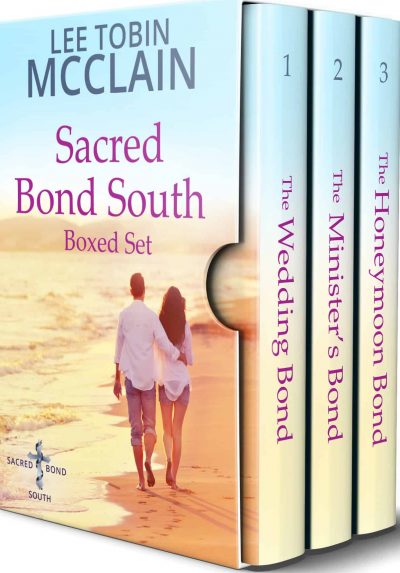 In a small town in Florida, there’s always time for romance! Three Christian romances about what happens when you reconnect with your first love, by the USA Today bestselling author of thirty inspirational romance novels.

Escape to small-town Florida, where love warms the beaches . . . and your heart.

The Wedding Bond
When café owner Kaylee Kinney vows to marry within a year, she’s picturing a nice, peaceful life with a nice, peaceful husband. Enter Phelan O’Donnell: army ranger, bad boy, and Kaylee’s high school ex. What Kaylee doesn’t know when she enters into a “practice” relationship with Phelan is that he’s harboring a secret that could rip her family apart. Their chemistry is explosive and their values are finally in sync. Their trial run just might turn into an actual marriage. But can they withstand a shocking revelation about their own history without breaking each others’ hearts?

The Minister’s Bond
When Ruby Russo returns to her Florida hometown to help her grandmother manage her struggling motel, she doesn’t expect to be thrown together with the man who let her down back in high school. But Gordon Kinney, now a pastor, is part owner of the Palmetto Palace, and if he, Ruby, and her grandmother can’t cooperate, the place could go under.

As he joins the warmhearted community that’s grown up at the Palmetto Palace, Gordon sees another side of the high school girl with the bad reputation. But Ruby and her grandmother are hiding a secret that could destroy everything Gordon’s tried to build. When the truth comes out, can the pastor forgive his beautiful, imperfect friend long enough for her to become much, much more?

The Honeymoon Bond
Growing up as the daughter of the cook on the DiAngelis estate, Maggie Taylor admired handsome Nick DiAngelis from afar, and he looked at her as a little sister to be protected. Now that Maggie is back in town, grown up and pregnant, everything has changed. But when Nick proposes marriage to give her child a father, can they both stick to the in-name-only agreement despite their growing love?