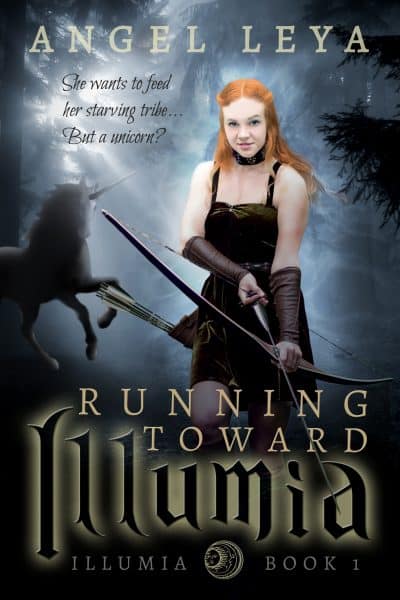 Astrea would do just about anything to feel like she belongs—but hunting a unicorn to feed her starving tribe?

Astrea would do just about anything to feel like she belongs—even hunt a unicorn to feed her starving tribe.

But when her guilt and the promise of a curse gets the better of her, she’ll do everything in her power to free the unicorn. Even if it means taking away the last hope of meat in the midst of a famine and leaving behind her foggy homeland to return the unicorn to the safety of Illumia. And Illumia is nowhere she wants to go, being the land her parents were banned from.

The problem is, she can hear the unicorn talking, though no one else can, a handsome and mysterious elf joins her and the snarky unicorn, sending her emotions careening, and someone is following them.

Just when she thinks things can’t get any worse, she finds out that her parents have been keeping a secret from her, and the revelation ruins every hope of fitting in. Her homeland is now inhospitable in every possible way, and the once comforting fog becomes a smothering blanket that promises death.

It’s a race to escape and a struggle to put everything right.

And Astrea is running out of time.

Running Toward Illumia contains all 4 previously published parts—Banned, Lost, Drenched, and Marked—and is the first book in the Illumia series.