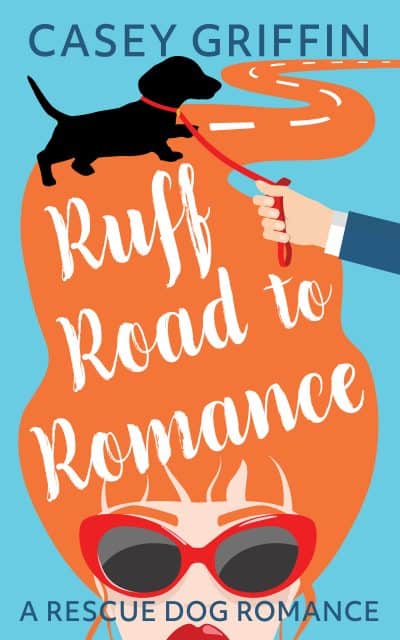 When Lily Baker travels from England to America on holiday, she never expects to get roped into a road trip with a charming lawyer, Ethan Summers. But when his past case catches up to them, it’s more of an adventure than she’d hoped for.

She promised to seek adventure. He’s vowed to atone for his mistakes. Can this dog-loving duo sniff out forever?

Lily Baker wants her own life. Dedicated to her family but tired of sacrificing her day-to-day, she escapes from England to America to visit her aunt, swearing to live by the rules of a self-help book on living boldly. But her manual doesn’t cover what to do when her relative sends a sexy lawyer to collect her at the airport.

Ethan Summers regrets focusing solely on his career. Still troubled by the case that kept him from his father’s deathbed, the attorney is driven to rebuild bridges and be there for his mother. But when his skeptical sister backs out of helping him move their mom from Seattle to San Francisco, he saves a seat in his Beamer for the beautiful Brit he’s just barely met.

With Lily eager to dig up excitement and Ethan determined to show his impromptu partner a good time, the unexpected pair sets off with his new rescue dachshund in search of fun. But as they’re plagued by a series of mysterious misfortunes, the guilt-ridden man’s past may see them both buried six feet under.

With burgeoning love and their lives on the line, will the unlikely couple solve the mystery so they can roll over into happily ever after?

Ruff Road to Romance is the hilarious fourth standalone book in the Rescue Dog Romance comedy series. If you like pun-slinging characters, family-forward outlooks, and thrills of the furriest kind, then you’ll adore Casey Griffin’s steamy car ride.