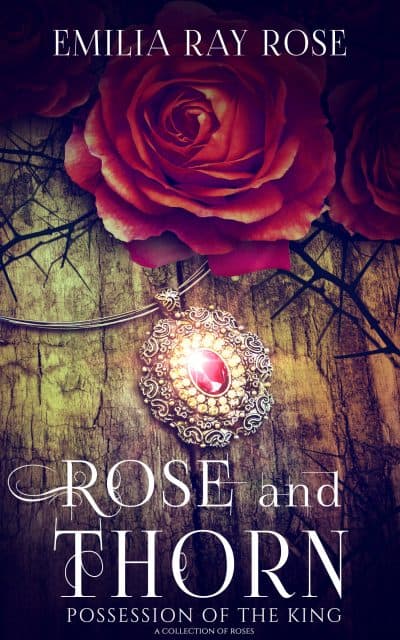 Rose and Thorn: Possession of the King (A Collection of Roses Book 1)

Ressa Rose must achieve the impossible. Infiltrating the kings castle, impersonate one of the prince’s mistresses, steal a rare diamond from the king’s treasury, and use it to buy her father’s freedom all by the next blue moon or her father’s dead.

Twenty-year-old Ressa Gabriella Rose must achieve the impossible when her father is wrongfully accused of conspiring to commit treason. Her rash decision could have devastating consequences if it’s exposed.

Infiltrating the castle is dangerous enough, but impersonating one of the prince’s mistresses could be catastrophic. With no time to waste, she must steal a rare diamond from the king’s treasury and use it to buy her father’s freedom. But her quest won’t be simple, and the stakes couldn’t be higher.

In her new role, Ressa is betrothed to the future king, the man who sold her father into slavery. Resisting the urge to plunge a dagger into his cold heart, she bites back her rage and plays her part to near perfection. But that would be a lot easier if her fiancé hadn’t appointed his handsome cousin, Ezra Thorn, leader of the royal guard, to babysit her until their wedding day.

The more time they spend together, the more enamored she becomes with him. He’s a distraction she doesn’t need, especially since his guards are the ones she needs to get past to get the diamond.

Will her unexpected attraction to Ezra help or hinder her cause, and will she follow through with her plan to risk everything to save her father?

Find out in this fast-paced, heart-racing, romantic fantasy adventure!