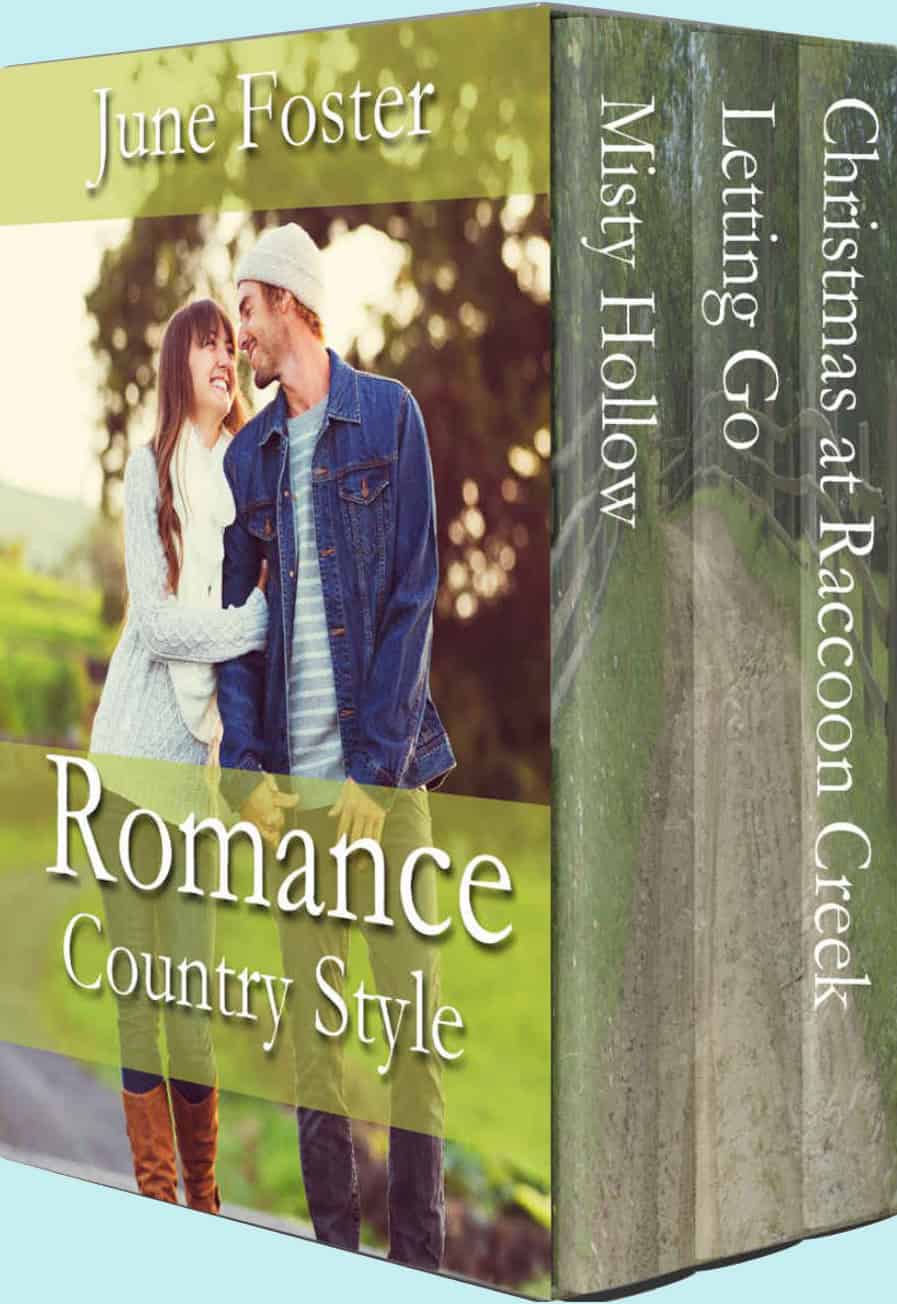 Get ready to fall in love—country style. Three contemporary romances by author June Foster, all set in the deep south.

When two people are cultures apart, only God can bridge the gap.

Molly Cambridge arrives in the tiny Appalachian town of Misty Hollow intent upon bringing literacy to the area’s uneducated women, only to be met by opposition at every turn by the headstrong, unbending mayor. When she asks for use of Town Hall, he refuses her offer to teach without pay and turns her down flat saying he only allows village business conducted there.

Joel Greenfield, son of a poor dirt farmer, is illiterate. When he admits to his passion to turn the family farm into a dairy business, the obstacles are insurmountable. He couldn’t even read the manual on how to use farming machinery, much less generate the necessary capital. His father’s objections further frustrate his desires.

When Joel offers Molly use of the old barn on the Greenfield property, they discover an irresistible attraction for each other. But the mayor has plans of his own to break them up, send Molly back to Nashville, and seize the Greenfield farm for himself. Can Molly and Joel overcome the hurdles to fulfilling their dreams and find their way to each other? Only God has the answers.

When Pastor Zackary Lawrence lost his wife and unborn child, he couldn’t find the motivation to effectively pastor his church in Oak Mountain, Alabama. Now, six months later, the congregation has dwindled to less than a handful, and the bank forecloses on the building. Desperate, he takes a job at the local hardware store and reluctantly moves in with his parents.

Though Ella Russell has secretly been in love with Zack since high school, her hopes were shredded when he returned from seminary with a wife. Trying to forget the only guy she’s ever loved, she throws herself into her profession as a high school counselor.

Can God resurrect Zack’s life and allow him to finally discover the woman he’s always loved? If Ella entrusts her heart to Zack, will he shatter her hopes once more?

Emily Eason wants to distance herself from her parents’ opulent lifestyle in Birmingham, Alabama, and enjoy life in the tiny rural village Raccoon Creek and her fifties-style home. But after gazing into the little snow globe she purchased from Hardwicke’s Drugs and Gifts, she finds herself transported to another time—her grandmother’s era.

Lance Hardwicke is the pharmacist and owner of Hardwicke’s Drugs. Four years of pharmacy school didn’t allow for much of a social life. Gorgeous Emily Eason, nurse and resident of Raccoon Creek, has captured his attention more than once. The next time she comes in the store, he’s determined to ask her out. Perhaps go to Birmingham to see the Christmas lights in his brand new orange and white ’53 Pontiac Pathfinder.

Can love span the fifty-year gap standing between them?