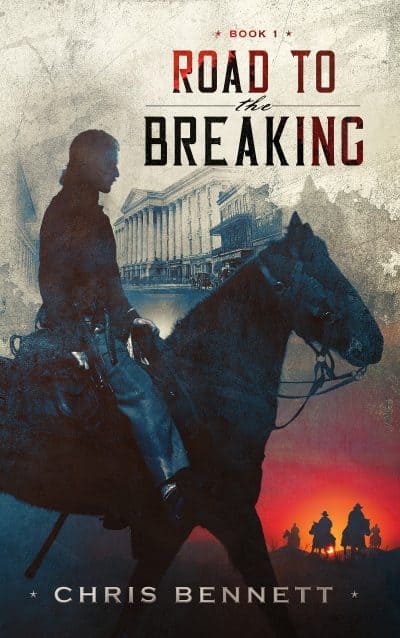 A new historical fiction series perfect for fans of “Lonesome Dove” and the hit TV show “1883.” Captain Nathaniel Chambers has left the violent army life behind in Texas, never imagining he would be headed straight into the American Civil War.

Nothing survived “The Breaking” unchanged; lives and fortunes, love and hate, freedom and slavery . . .

It’s early 1860, and war hero Captain Nathaniel Chambers, commander U.S. Army Fort Davis in the west Texas wilderness, has received shocking news—his father is dead. He must return home to Virginia and claim his inheritance before a maniacal neighbor can murder his widowed mother and seize the family plantation.

But he’s torn by a terrible dilemma—to stay in the army and turn his back on his fortune, his mother and his beloved childhood home, or become the thing he despises: a slave master! Is there no other choice?

An epic journey across a young nation seething with debauchery, brutality, corruption, and political intrigue, unwittingly on the brink of an unimaginable disaster; the American Civil War. Nathan Chambers has left the violent army life behind in Texas, never imaging he’s on the very Road to The Breaking.