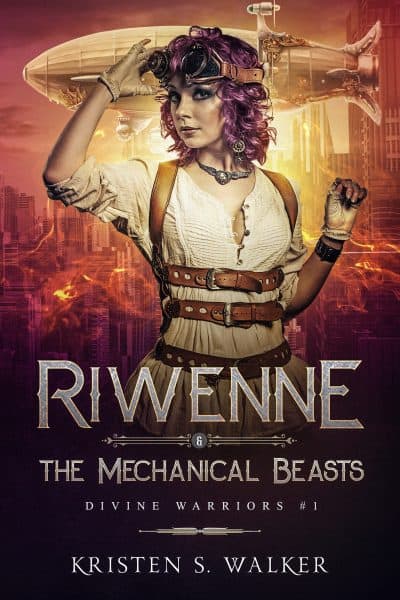 A clumsy school girl with the magic of a goddess. Mechanical beasts attacking her friends. Can she become a divine warrior and save the floating city?

Fifteen-year-old Riwenne is bad at school, chronically late, and lost in a daydream, but she has help from her best friend, Nexita—until the two of them get separated. During the mysterious test on Choosing Day, they both wanted to become priestesses, an important job in the sky city. But only Riwenne became a novice, and Nexita was chosen by the engineers. Now she’s on her own for the first time in her life.

When a talking bird tells her that her best friend is under attack, Riwenne faces her worst fear. She must become a divine warrior and save her best friend from mechanical beasts!

As she juggles warrior training and priestess duties, Riwenne can’t let herself get distracted. She must recruit other warriors and lead the quest to find out the mystery behind the mechanical beasts, but most of all, she must follow her heart.

If she fails, the gods will judge her.