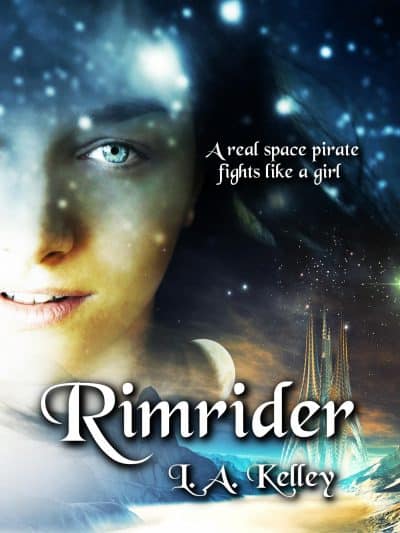 Piracy, intrigue, romance, and a daring rebellion from Earth wait on the planet Rimrock. Will Jane answer the call to adventure and find new purpose on the galactic rim, or will death for high treason be her fate?

Jane Benedict’s father orders her to memorize a mysterious code. Hours later, he’s murdered and Jane and her brother, Will, become wards of United Earth Corporation. To evade the company’s clutches and uncover the meaning of her father’s last message, Jane leads Will on a desperate escape across the galaxy aboard the Freetrader smuggler ship, Solar Vortex.

After swearing allegiance and joining the crew’s fight for freedom, Jane saves the life of young smuggler, Mac Sawyer, and learns her father’s code identifies a secret cargo shipment. The trail leads to the planet Rimrock and the massive prison complex of Golgotha. Undercover as a spy, Jane stumbles into a conspiracy that can spell doom for the entire Freetrader cause and the extinction of an alien race. Can she escape the prison confines and deliver a warning before it’s too late?

Piracy, intrigue, romance, space battles, and a daring rebellion from Earth wait on the galactic rim. Will Jane answer the call to adventure, or is death for high treason her fate?