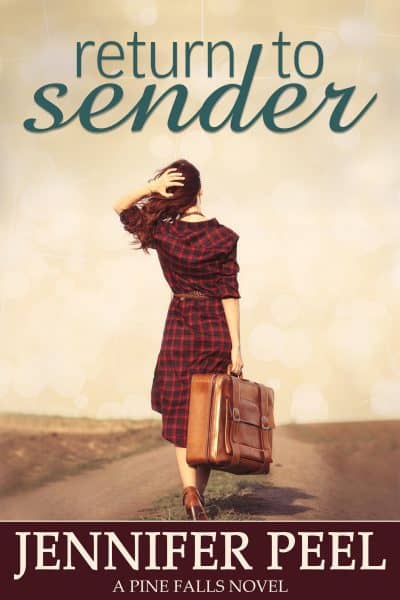 He never wanted to leave her. She never expected him to return.

If Ariana Stanton has learned anything in life, it’s that men leave. She’s been taught this lesson well from the father she’s never met, who sends her a mysterious letter once a year, to her ex-fiancé, who left her for another woman. So, when she meets the charming and seemingly perfect Jonah, she promises him they will never be more than friends. It’s a promise she can’t keep. But before he has a chance to leave her, she sends him away.

Dr. Jonah Adkinson has one regret—that he let Ariana remain convinced that love never lasts. But now, nine years later, the single dad is back in Pine Falls and on a mission: prove Ariana wrong. He’s determined to win over the love of his life. And this time he won’t let anything get in the way, not even her.

Now, not only does Ariana have to face the man she’s still in love with, but she must confront the mystery of her father’s letters, forcing her to reevaluate the past and her choices. But will it be enough to make her believe that, unlike the letter she’s always returned, Jonah is hers to keep?